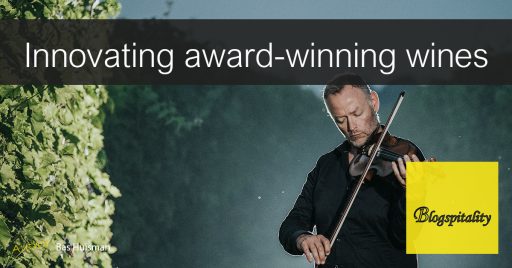 The Netherlands is not particularly well-known for its wine production. However, Blogspitality came across a very special and innovating vineyard that deserves awareness all over the world. Their innovative wine and social awareness does not solely produce great wines but also gives back to the world.

After a long and restless night, finally the sprinkler system on the grapevines De Reestlandhoeve can be switched off. The temperature is above freezing point, and the protective layer of ice covering the tips of the grape plants melts away. Only one more hour of sleep and the “normal” working day starts.

Already 16 years ago John and Wilma Huisman started establishing their Dutch vineyard on the border of Overijssel and Drenthe in the Reestdal. In 2003 and 2004 they planted four different species of grapes on a surface of three hectares. The Reestlander wines won several awards in the meantime, both nationally and internationally, and their wines are highly appreciated by hospitality establishments and private consumers. 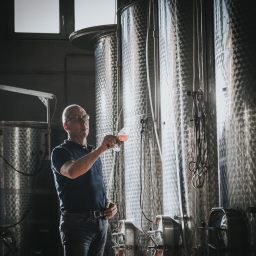 The Reestlandhoeve works the power of nature to its advantage. The night frosts a thin layer of ice covers the buds of the plant. During the freezing process, energy is released, which generates heat that ensures an exact zero-degree temperature below the ice. A very special method that ensures the survival of the plants and its buds during times of night frost. 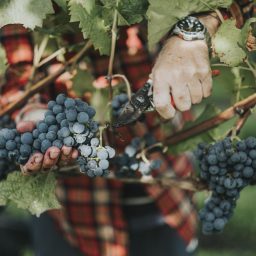 John and Wilma value appreciation and attention for both humans and nature. The method of the protection of the tips is only one of their responsible initiatives. The company is completely operating in a biological manner, and they also explore the potential of utilising homoeopathy in their day-to-day operations.
One day, Wilma came home and told a story of combining homoeopathy and cello music, this could have a positive impact on the harvest. She spoke to Mr Peter Chapel, and sincerely believed that it could work on their own vineyard. John did not really buy the story, but they chose to install music boxes during that same season anyhow. Let’s give it a go. The music played 24/7, from spring until the harvest of the final grape.

Since the moment the music started playing, the grapes looked healthier than ever, and the results of the Solaris grape were higher. Before, the plants produced 600 litres of wine while the harvesting with music resulted in an astonishing 1600 litres. The year after, this number had even increased to 2400 litres. The innovated wines tasted different, purer! John’s sceptic was completely gone by now.

Besides the Dutch viticulture, the Reestlandhoeve offers a very special form of caretaking of the community in the form of daily activities. People with different care enquiries find a warm and safe place in the Reestlandhoeve. The Reestlandhoeve is the initiator of the first wine care organisation which is officially B Corp registered. This makes the vineyard an important part of an international community of durable, transparent and socially involved companies that strive for a better world. For more details about the wines, read about it. 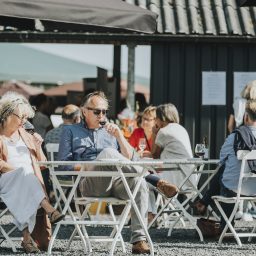 Appreciation over the world

Viticulture in The Netherlands is pioneering. After two years only initiators know whether what they do is successful or not, and then it can barely be changed anymore. The knowledge and experience of the Reestlandhoeve resulted in multiple awards. Winemakers from all over the world visit the venue to see the special method, to hear the music with their own ears, and to taste the biological quality wines of the Reestlander wines. Read more about the vineyard in Dutch.

Reestlander wines, there’s music in them.